Before moving to Devon David spent 30 years as a music composer in London. After playing and recording with the Transmitters he composed and produced 11 albums, 8 Eps and 5 singles as part of the duo, Loop Guru. In addition, he composed music for 20 documentaries and created generative music installations for the London School of Economics and the Shetland Museum in Lerwick.

On moving to Plymouth in 2007 he returned to his first love, which was drawing and pastel painting. In 2013 he became a “pioneer” on the new BA (Hons) Painting, Drawing and Printmaking course at Plymouth Collage of Art. Since graduating in 2016 he helped found the Rhizome Artists’ Collective which is involved in the continuum of education together with collaborative practice. He is based at Ocean Studios in Plymouth and also paints “en plein air” around Devon and Cornwall 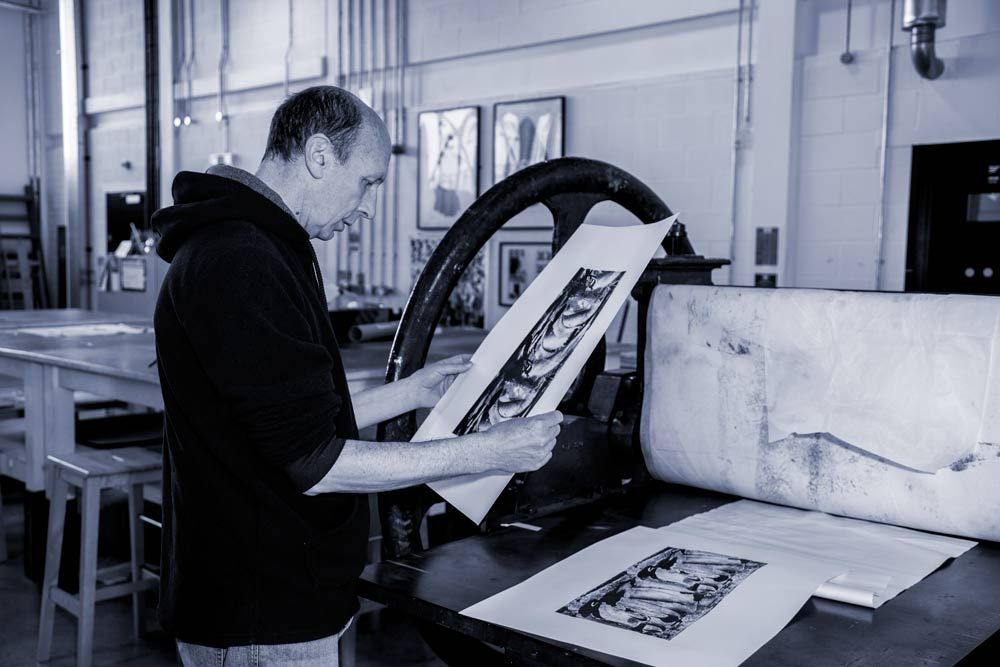